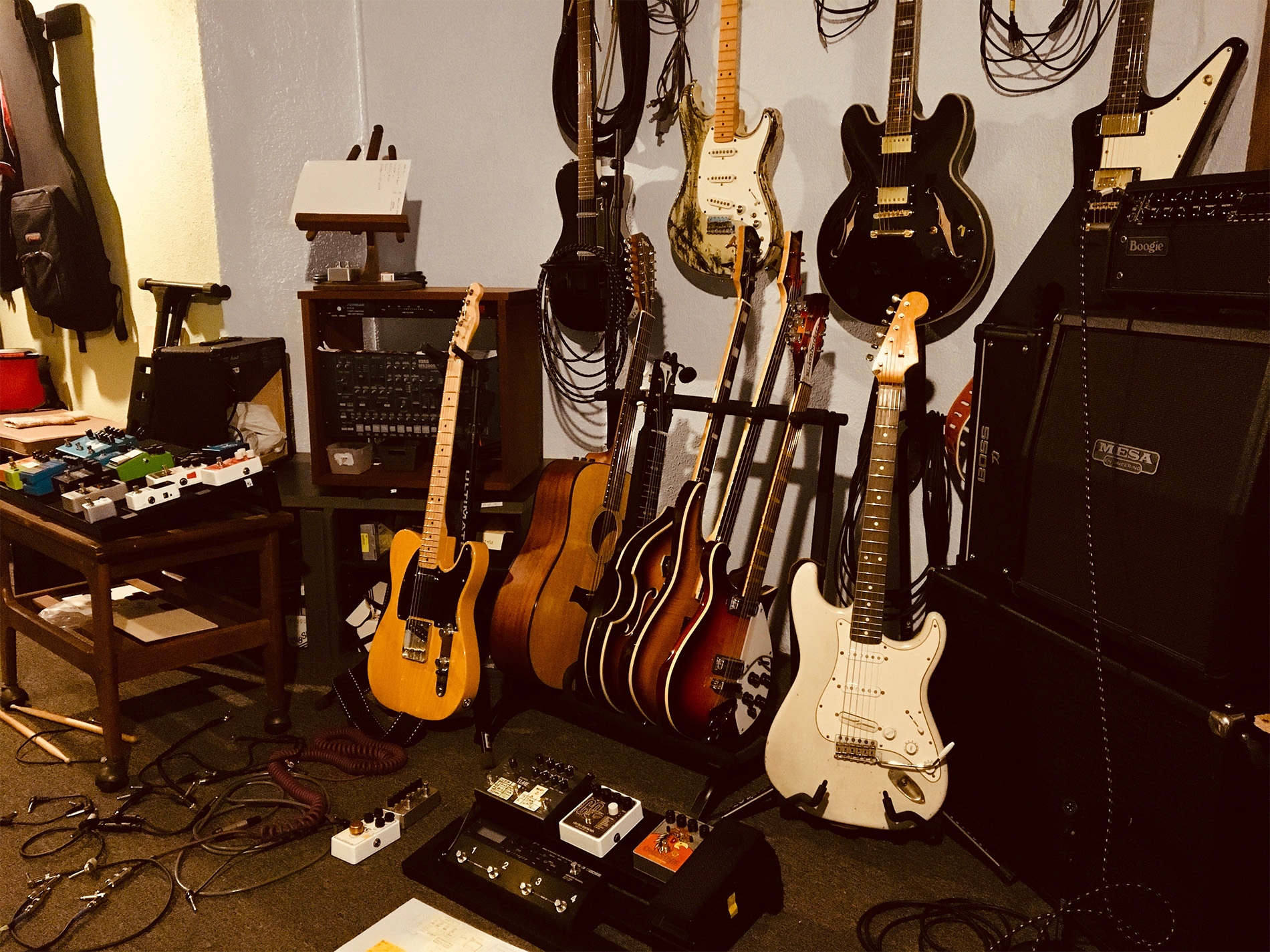 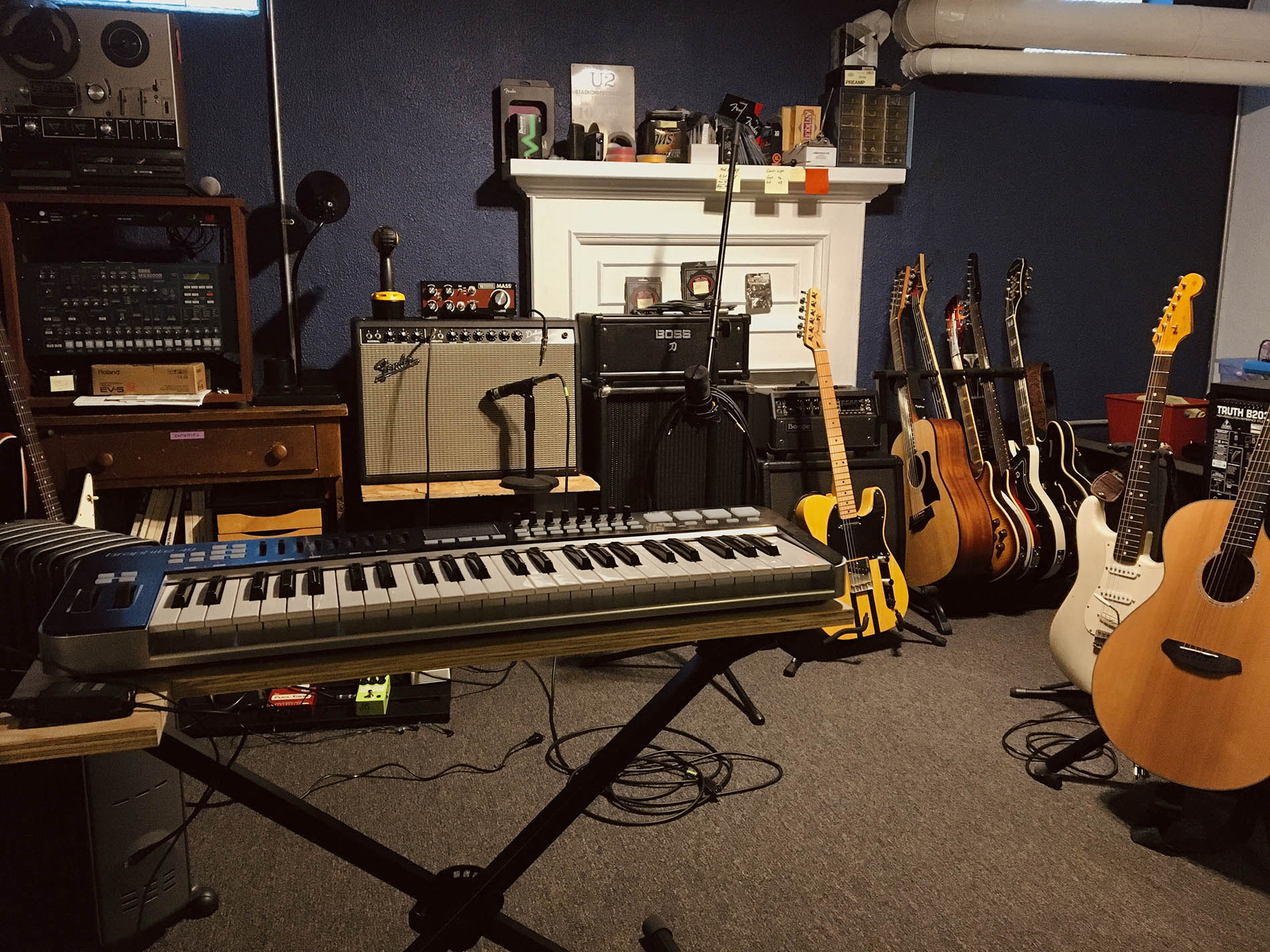 Going back, in the 80's I was a full time player in the band Motivation with Steve Garvey from the Buzzcocks. Then later joined Ten Ten on guitar and keyboards, recording albums and touring North America and Europe. From 1990, I took time off to raise the kids. Then in 2015 started playing, writing and recording again. Joined the original rock band Madly and was back into live gigs. Then joined British Rock coverband SHAG and played shows across the DC Metro area. (photo) Currently guitarist for Phil Profitt and His Fast Fortunes, Ameripolitan music from Detroit. 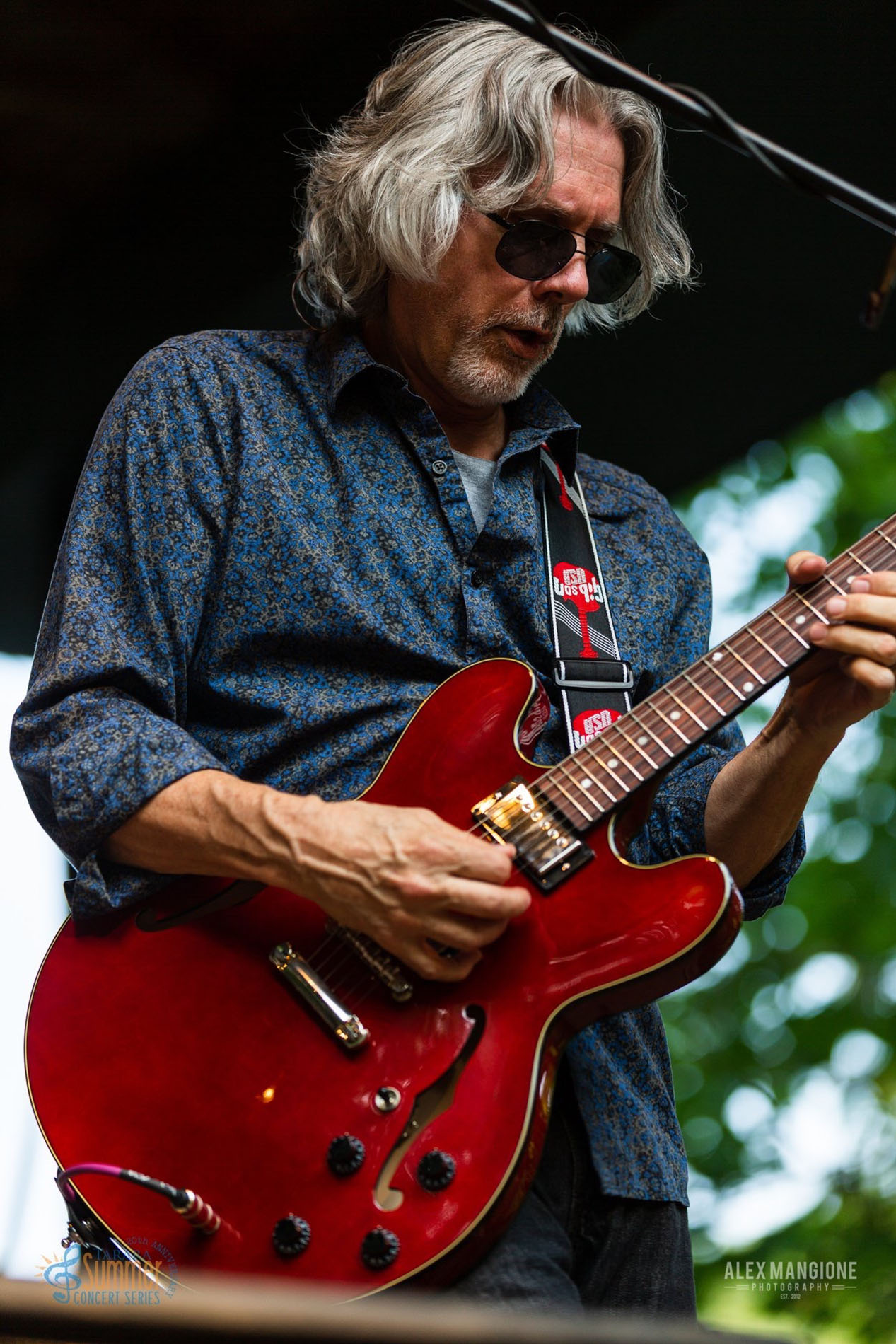 What happens in COVID19 lockdown with lap steel, 12 string, and baritone guitars?

Music project I'm hoping to finish Summer 2020. X Paths is a collection of instrumental songs that share 3 themes. Progressive-influenced rock. Finishing the arrangements, performances, and then mixing and mastering.